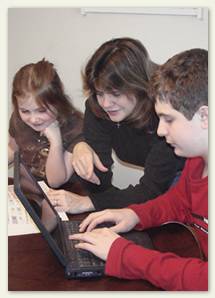 Mike was a sweet and active kindergartner, like a lot of kindergartners. What we didn’t know was that he couldn’t tolerate certain environmental factors that most people don’t even think twice about: such as, the loud sound of a fire drill; sudden changes in his routine; extreme temperatures; who are these new adults in my life; what’s up with this enormous building; he can’t stop singing in class. He misses home; maybe that’s why he’s shredding those papers. School officials felt as though they needed to separate him early on from main-streamed regular education. They told me I had no choice. It broke me to pieces inside, as I was forced to sign papers to do so. As a mother, I would spend the rest of his school years defending, explaining, and sometimes educating a variety of school officials at various levels.

Like most kids, puberty is at the very least, a struggle. Especially if you are child with Autism Spectrum Disorder. Not only do you have a strange gait (or presentation) but now all these strange things are happening to your body. They are very hard to process and handle, and to boot, now they are kicking my son out of middle school and putting him in anywhere they have a spot open. I was told I had no choice, they would expel him. The middle school Principal did not want him in “her” school. Is it in the best interest of a child with autism? I think not. They tried alternative education. That didn’t work. He’s only a 6th grader and they’ve put him in with delinquent high school kids! Now, they’re trying placement in the inner city, a form of Partial Hospitalization. That didn’t work. They put him in with juvenile delinquents, and the staff are inadequate and ill-educated in understanding autism. They tell my son he dresses like a girl and that he misbehaves because he has a crush on his teacher. Mike is NOT a delinquent, he just has needs related to his disability. If someone would just give him some accommodations and patience, I know he could be successful. Now they’ve decided to put him in a non-inner city Partial Hospitalization. He needs an EDUCATIONAL PLACEMENT SETTING! Isn’t that the bare basic right of every child in this country? What is wrong with this School District?

Finally, I hooked up with Jill Hrinda-Patten who would continue to advocate for him along with me. For the first time ever, I didn’t feel strong-armed and forced into doing things that I knew were wrong for my child. She educated me and stood by our side through thick and thin. She suggested frequent status meetings and curriculum that would help all children with autism. Every week we would go-fall, winter, and spring: bright and early at 7:30 a.m.

Despite not having a middle school experience and due to not only mine but Jill’s hard and diligent efforts, we finally got Mike out of Partial Hospitalization and into an Educational Setting Placement. Papers are signed; you can bet I will never let schools make me sign anything ever again. Mike now enjoys attending High School with his peers. His self-esteem has gone through the roof. It was like I always said; with some basic accommodations and patience, he is now flourishing! I will always be enormously grateful and so will Mike.

When you have someone advocating for you, it makes a difference in so many ways. You are more confident because you have someone working on behalf of the best interest of your child; NOT self-serving interests or agendas of some school officials. You learn what your legal rights are. Sometimes the mere presence of an advocate is enough to ascertain that you are getting what serves the best interest of your child.