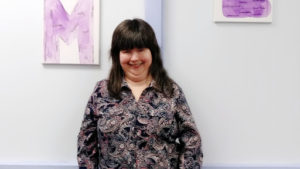 Jill Hrinda-PattenExecutive Director
Jill Hrinda-Patten is the founder and current Executive Director of Mission Empower and is also an accomplished individual with significant visual impairment and physical disabilities. Jill leads the organization with a perspective centered on independent living, inclusion for persons living with disabilities, and family empowerment. Ms. Hrinda-Patten earned a Bachelor of Arts in Psychology from Edinboro Pennsylvania University. Jill started her professional career within the Independent Living movement at a local center of independent living called Voices for Independence. She owes her success to her parents, who had high expectations for their daughter. Furthermore, her parents worked to ensure Jill was fully included in the general education setting throughout school, even though she was born with a physical disability and lost her sight completely in the eleventh grade. She and her husband adopted their son from Guatemala, which helped them understand the joys and barriers that parents who have children with disabilities face. They have worked hard to keep their son, Rudy, included within general education courses at his neighborhood school, even as new needs and disabilities became evident. Rudy is on track to graduate from high school in 2022 and has faced many new barriers made more intense by the Covid-19 pandemic. Ms. Hrinda-Patten is not the typical Executive Director. She pitches in to teach a class at the Youth ENVISION Summit, her passion project for encouraging the next generation of youth living with disabilities. 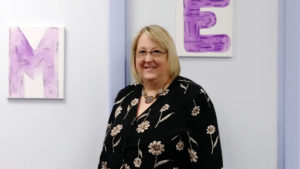 Norma LewisMission Employment Connector
Norma is the youngest of 5 children, lives in Girard, PA. Has a wonderful husband Rick, 2 wonderful adult children, Michael & Rebecca and 2 precious grandsons, Bryan and Riley. With being involved in her church and youth groups, she has been committed to the youth. She did own her own business for 13 years, hired youth and worked with the public for many years. Through the years, she has seen a need to guide the youth to see what different opportunities that they can achieve. Norma is excited to work with Mission Employment and guide the youth to know their prospects and help them to get a start for their future.

Wendi WojteckiFamily Support Connector
Wendi is our Family Support Connector that works in conjunction with our Community Parent Resource Center located here at Mission Empower. She attended Youngstown State University with a focus on Elementary Special Education. Wendi worked as a part-time substitute Paraprofessional in her local school district as she raised her children. Before that, she was a Foster Parent for the Erie County Office of Children and Youth where she gained vast experience in advocating for the youth in our community. She has had extensive personal experience with IEP meetings, as well as finding resources for improving emotional and behavioral concerns, collaborating with therapist, doctors, and caseworkers, and has also continued her own education in this area by taking many new trainings and seminars.

Wendi is looking forward to working with you by encouraging and guiding as well as helping you locate resources in our Mission Empower Community Parent Resource Center. Her goal is to help mold you into a strong educated advocate for your children in the educational system. 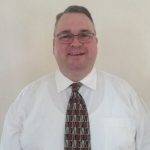 Arthur PeapplesAccounting Manager
Art moved to Erie as a small child and has lived and worked here for most of his life. He has been a small business owner in the home improvement industry, and also worked as a tractor- trailer driver. Art recently graduated from Edinboro University earning Bachelor of Science in Business Administration with a concentration in Accounting. As the Accounting Manager at Mission Empower since 2017, Art keeps our accounting functions running smoothly. 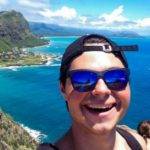 Alexander DoleskiYouth Leader
I’m Alexander Doleski and I go to Edinboro University. I graduated from Harborcreek High School. I’m a middle school science and social studies major as well as a special education kindergarten through 8th grade major. I enjoy skating and going to the Peninsula with my family. Some other things I enjoy doing are going on walks with my dog and taking care of my
fish. I love plants! I love to watch my plants grow and take care of them. Some other things I like to do are watching Disney movies and eating candy. I’m so excited to be working for Mission Empower; I went through Mission Empower as a student and it’s taught me a lot about the job readiness. 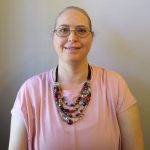 Michelle JukkolaOutreach and Office Coordinator
Michelle is our Office and Outreach Coordinator. Michelle has had experience in empowering individuals with different abilities all of her life. She has supported her brother to navigate barriers he encountered throughout his life since the age of ten. After leaving home and while attending trade school, she worked for two local agencies that provide care to individuals with intellectual disabilities. Michelle received her Associates Specialized Degree in Database Administration from Tri-State Business Institute. Most recently she received a certificate in Graphic Art’s and Design from the New York Institute of Art and Design. Michelle will use her experience and knowledge to help Mission Empower to continue to be a strong asset for the community. 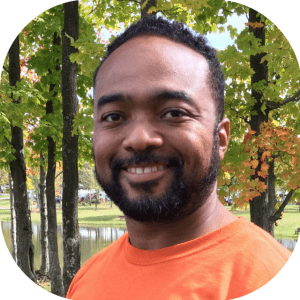 Curtis Jones Jr.Training & Leadership Consultant
Curtis Jones, Jr. earned his Bachelor’s degree in Political Science, with a minor in Theological Studies, from Thiel College in 1998. Curtis is the father of 4 wonderful children and the oldest of 14 children. Mr. Jones, Jr. began his career working at a non-profit organization which provided behavioral health services for children and their families. Since then he has spent 20 years professionally dedicated to serving youth in Erie County, Pennsylvania and has been a part of the Mission Empower team for almost 6 years, as the Lead Trainer.

Curtis’s commitment to the greater Erie community is further evidenced by his participation on numerous community groups and organizations. He has served on boards for both non-profit agencies and economic development organizations. Additionally, Mr. Jones completed his third consecutive term on Erie’s City Council in 2017. During this tenure he was Council President for two years. In 2019, Erie City Council selected Mr. Jones to serve for another year.

In addition to his youth empowerment and civic work, Mr. Jones serves as Pastor of Light Center Ministries.

Curtis approaches his work from the foundational belief that all individuals have unique gifts to offer the world and that connectivity is of paramount importance. These core values translate into his focus on the significant role of effective communication in the social service field and his inspirational and empowering approach of serving others while in a leadership position. Mr. Jones, Jr. remains constant in his effort to remind people of their greatness and that they should always strive to be their best selves. 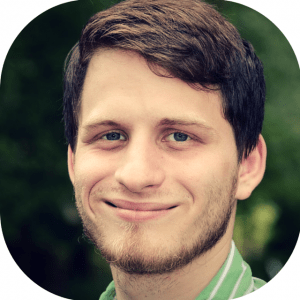 Joseph PhelpsWeb Consultant
Joe graduated from Allegheny College with a bachelors degree in Environmental Science and Studio Art (double major). He was inspired to create a successful program those who have disabilities during college when he led a chapter of Best Buddies International. Joe was the youth program coordinator for Youth ENVISION, focusing on developing a two-pronged Transition Success Pilot Program utilizing best practices of self-advocacy / determination and building social capital of youth ages 14-18 in Erie County. He now serves the organization remotely, focusing on web development and design.