Skip to content
Previous Next
Advocacy Issues & Autism: An Article by Samantha Stanko 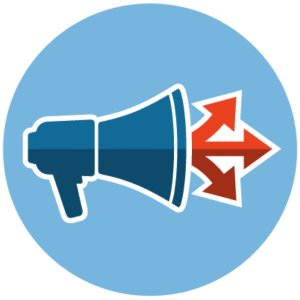 When I was asked by Mission Empower to write this article about what I, as an autistic, wish people would realize about autism, I can honestly say I struggled to finish it. Not because I don’t have a response; on the contrary, I have so many things I wish people would realize about autism and what it’s like to live on the autism spectrum, that it was really difficult to synthesize all my thoughts into one cohesive article. As the saying goes, if you’ve met one person with autism, you’ve met one person with autism; my experiences will be different than another person’s, even if we share a similar profile, and I don’t claim to be an expert on anyone else’s experiences other than my own. That being said, there are some things I’d like to share about what it’s like to be autistic, in the hopes that people will critically examine their own place in the movement. Just to clarify, this article isn’t meant to shame anyone or to make anyone feel guilty; rather, it’s to open an honest dialogue about awareness and activism, and whether or not folks are really being allies to the autistic community.

One issue that comes up again and again, particularly in online support groups and social media pages, is the concept of person-first language (PFL). The idea behind PFL is that an individual is a person before their condition, and that should be respected, so rather than calling someone autistic, you’d refer to them as “person with autism.” There’s nothing inherently wrong with this, and it’s the preferred identifier for many folks with disabilities, not just limited to autism. I tend to use “person with autism,” “autistic,” and “autistic person” interchangeably (particularly in my writing to avoid being repetitive), but I personally prefer to call myself autistic as it is inseparable from my identity. I’m not a person with femaleness; I’m a female. I’m not a person with autism; I’m autistic. There are merits to either identification; what’s important here is respecting what a person wants to be called. The problem isn’t which way folks want to self-identify; it’s having people tell you how you should identify, or deliberately ignoring your personal preferences. I’ve encountered a lot of self-proclaimed “autism mommies” who have condescendingly told me that the way I chose to identify is “wrong” because I’m not acknowledging my own personhood, which is absolutely ludicrous (also note that they do not call themselves “mommies of kids with autism,” which would technically be the way that they themselves should identify, lest their own personhood go unacknowledged). I am twenty-six years old, and I don’t need anyone telling me how I should identify. I am not a child. I understand that these folks are coming from a place of well-meaning, but it doesn’t make their words or actions any less damaging. Please respect how anyone wants to be identified, even if it’s not something you agree with or how you would personally choose to identify. It’s not your life; it’s not your call.

Another issue—probably the biggest one—involves organizations and nonprofits that claim to be advocates for people with autism, but marginalize the voices of autistics in their day-to-day operations. There are organizations that have no autistic representation on their board or in their executive offices, which is not only absurd, but goes against the essential “Nothing about us, without us” philosophy, which is an integral part of advocacy work for any cause, not just autism. Then there’s the issue of outrageously high compensation for some executives. I wholeheartedly believe that no one who works as hard as the folks in nonprofits do should live in poverty, but the disparity between officers and caseworkers (or any other “lower level” position) is ridiculous, and it’s symptomatic of a much larger issue in the world of nonprofits. The worst thing, though, is when a supposedly autism-friendly nonprofit devotes most of their resources to “curing” and preventing autism. This narrative that autism is a disease and needs to be eradicated is not just offensive, but also detracts funding for programs for the millions of autistics who are struggling to exist in a world built by and for neurotypicals. While there are some autistic folks who desire a cure, which is something I personally struggle to accept, because it’s really just a neurobiological way of being, the majority of us just want to be accepted for who we are, just like any other person would. What really needs to be cured, in my opinion, is the way that our society pathologizes difference. I don’t mean to undermine the very real struggles that autistics and other neurodivergents face, because they’re very real, but those struggles are exacerbated by the folks who are so determined to fit our square pegs into round holes; the selfsame people who try to “normalize” us by not allowing us to stim (I actually prefer to call them “soothing behaviors,” as that’s generally the purpose of stimming, and as long as we’re not hurting ourselves or others, we should be allowed to calm ourselves in the best way we know how).

As individuals (not just as autistics), we all have our own struggles, experiences, and gifts that we bring to the table. I struggle with many aspects of daily life because of my impaired executive functioning and sensitivity to sensory stimulation, but that doesn’t mean I don’t contribute good things to my work, my community, or the world at large—I volunteer as a Big Sister with the Big Brothers Big Sisters program every week, I did a year of service as an AmeriCorps VISTA working with homeless veterans; I’ve volunteered at a farm animal sanctuary, a student-run coffee shop during college, the annual Erie Marathon, the anti-bullying Ophelia Project during high school, a city mission, and at the Soldiers’ and Sailors’ Home. I’ve contributed articles and book reviews to disability rights organizations, as well as maintaining a personal blog about disability, feminism, and social justice issues for six years. I graduated from Allegheny College, an elite academic institution where I double majored in English and Women’s Studies, and even completed a semester abroad in England. I started working when I was fourteen, and at each job I’ve had (with the exception of my year of service with AmeriCorps), I’ve been promoted to leadership roles—it may take me a little more time than the average person to learn a task, but once I’ve got it, I generally excel at it, and my ability to think outside the box and see things differently changed the way things were done on more than one occasion. And even though I can’t seem to stop tripping over air, running into inanimate objects, and spilling drinks all over myself, I’m coordinated enough to drive a standard transmission (stick shift) car, which is a skill most neurotypicals haven’t even mastered.

I am an intelligent, hardworking, and fiercely loyal person, and yet I have trouble even getting job interviews because I am honest about my shortcomings (though I generally don’t disclose my autism in interviews anymore for fear of being unfairly discriminated against, which I have had happen to me on several occasions). I consider myself to be a long-term investment, because I may struggle at the beginning of any new task and generally require more careful instruction than the average person, but once I really get the hang of something, I’m awesome at it. My eye for detail and love of routine and repetition was extremely useful when I worked in a manufacturing plant, and my love of organization and obsessive need to color-code things was greatly appreciated at my previous office jobs. I have my faults and my struggles just like anyone else, but I love working and contributing to a team, so the past four months that I’ve been unemployed have been agonizingly dull. Granted, I do have extenuating health issues, as do many on the autism spectrum, but that doesn’t mean I’m incapable of working. It’s estimated that nearly 85% of the adult population of autistics are un- or under-employed. Folks on the spectrum have varying degrees of dis/ability, but when 85% of any population is grossly underutilized, it’s a travesty for both the individual and for the workforce that’s missing out on their particular strengths and skills. Part of that may be cultural; for 9-5 traditionalists, it may seem out of the question to make allowances or accommodations for folks on the spectrum, even if we are legally entitled to it. I’ve had jobs that I could easily do from home, but was made to stick to the “normal” schedule, despite the fact that I probably would have been much more productive if I wasn’t being subjected to the agonizing drone of fluorescent lighting. Obviously, not all employers would be able to fully accommodate a work-from-home situation, but for employers that can, clinging to something because it’s “just the way it is” or has always been done that way doesn’t make a lot of sense when it’s at the expense of an autistic person.

What I’m hoping folks take away from this is that awareness is a great and important first step, but if it’s not met with advocacy and action, it’s not really accomplishing much. It was initially really heartening for me when I went to my first Walk for Autism at the peninsula to see all the folks who support and love autistic people, only to be confronted with “Walk for a Cure!” t-shirts. It turned my stomach and made me feel extremely unwelcome and unwanted. It is perhaps unfair for me to assume this, but I’m guessing that the people wearing those shirts didn’t give much thought to how insulting and hurtful that slogan has the potential to be. Autism isn’t cancer. It’s not an illness, and it’s certainly not a disease. What we need is not a cure—what we need is better understanding, better allocation of resources (particularly for adults with autism who lose their safety net once they’ve left school or “aged out” of programs), better accommodations and employment opportunities, and, perhaps most of all, better listeners. For so long the dominant narrative of autism advocacy has been coming from neurotypicals, who tend to overshadow the very people they’re trying to advocate for. I’m not saying neurotypicals don’t have a place in the movement—indeed, they’re an integral part of it—but, as with any kind of advocacy group, the policy should be “nothing about us without us.” Autistics are speaking on a plethora of platforms—at conferences, in memoirs and novels, through scientific studies, in academic journals, through assistive technologies, blogging and vlogging. Are you listening?